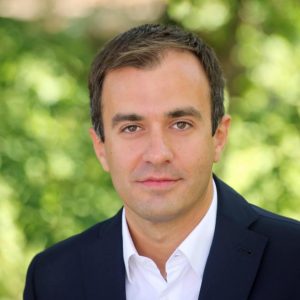 Anastasios Chatzivasileiou is a Member of the Hellenic Parliament (Nea Demokratia Party) and Secretary General of the Standing Committee of National Defense and Foreign Affairs. Moreover, he is a Member of the Parliamentary Assembly of the Council of Europe (EPP/CD Group).

He has been honored with scholarships from the Republic of Cyprus, as well as scholarships of the “Alexander S. Onassis”, “Lilian Voudouri” and “Bodosaki” Foundations.

He has received academic awards by the Republic of Cyprus and the University of Cyprus. He speaks fluently English, French and Turkish and has an advanced language level in Spanish.

He has previously worked as a Special Advisor at the Greek Ministry of Foreign Affairs and the Hellenic Parliament and as a Research Fellow at the Department of Foreign Policy and Cyprus Issue at the Ministry of Foreign Affairs of Cyprus. He has participated in various research projects in Athens, Brussels, Istanbul and Nicosia and has taught as a visiting researcher at Ankara University and Panteion University. His articles have been published in newspapers and academic journals in Greece and abroad. In the private sector, he has worked as a consultant for International Business Development in Athens and Istanbul.

On December 2019, the Greek Prime Minister Kyriakos Mitsotakis appointed him as International Secretary of the Nea Demokratia party.